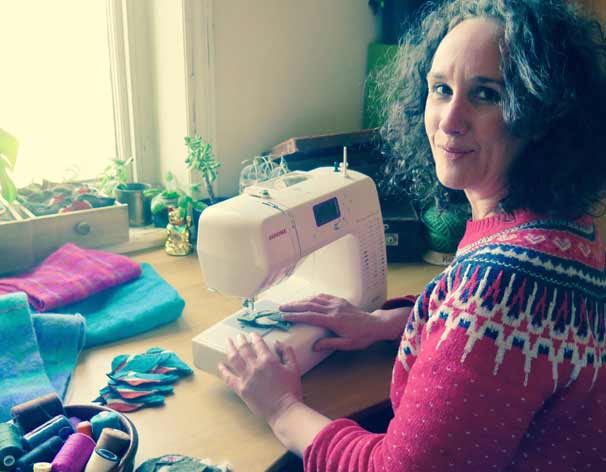 Tweed runs in my family’s blood. My grandma Alma was born in Philadelphia, but orphaned at two and sent back to Yorkshire to live with her maternal grandmother Letitia Grimshaw. Here she was brought up among aunts and uncles. Her uncle Vernon ran Grimshaw Brothers Ltd with his cousin Aubrey, who made fine wool tweeds and whip cords (a diagonal weave cloth made using worsted wool) at Clover Greaves Mill in Calverley, West Yorkshire. During wartime, the mill produced airforce cloth and khaki. The mill continued to make tweed until the mid 70’s. I like to use Yorkshire tweed in my work and imagine my grandma causing mischief around the looms that made it one hundred years ago. 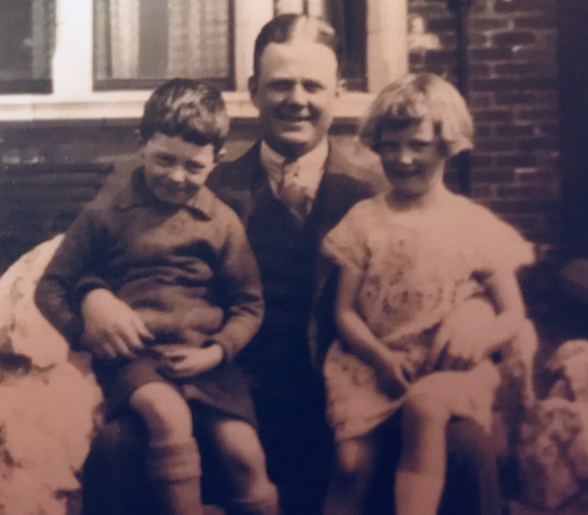 Welcome to my colourful world of quirky textiles, where you will find beautiful blooms, tweedy birds, charming critters and inspirational characters. My name is Kathryn Baker and I’m a textile artist based in Hebden Bridge, deep in the Yorkshire Pennines.

All of my designs are inspired by my love of nature, stirred with a good dollop of childlike imagination. They are brought to life from simple drawings into a series of templates, from which I cut fabric chosen for its suggestion of feather, fur, face or petal. I use other techniques including needle felting, applique, free motion embroidery, hand- stitching, bead and wire work to give each piece its own distinct character.

Come and join me in my studio, in an old baptist chapel up on the hill above Hebden Bridge and learn a little more about my work and my inspirations. I share this wonderful creative hub with an incredible community of artists, makers, musicians, writers and dancers.

I am a serial magpie when it comes to sumptuous shades, patterns and textures. The majority of my fabrics are carefully sourced Scottish and English tweeds that come with their own stories of wool, looms, and skilled hands. However, I also like to play with re-purposed vintage fabrics, old velvet curtains, a rainbow of felt, sari cloth, unspun wool, and gardeners twine.

I hope you enjoy your foray into my textile landscape and enjoy meeting all of its inhabitants!

Thanks for stopping by!

I come from a tweed manufacturing family.

Because of this the sourcing of my fabrics is as important to me as the designs themselves. All of the tweeds that I currently use are pure wool and made in the UK.

I am particularly passionate about promoting Yorkshire tweed as a nod to my tweed making great grand uncle Vernon Grimshaw. 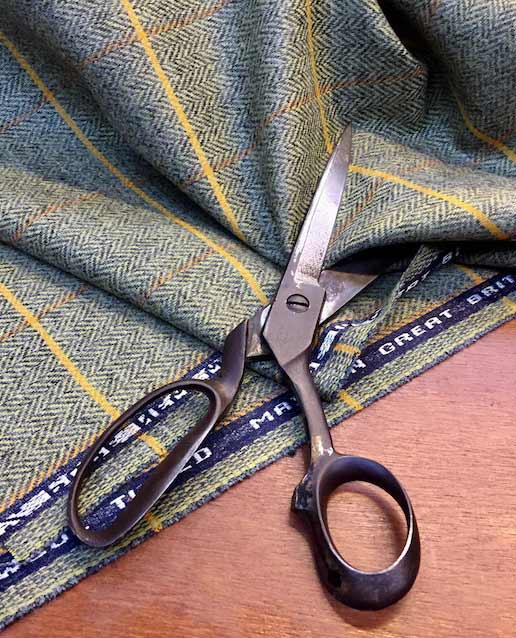 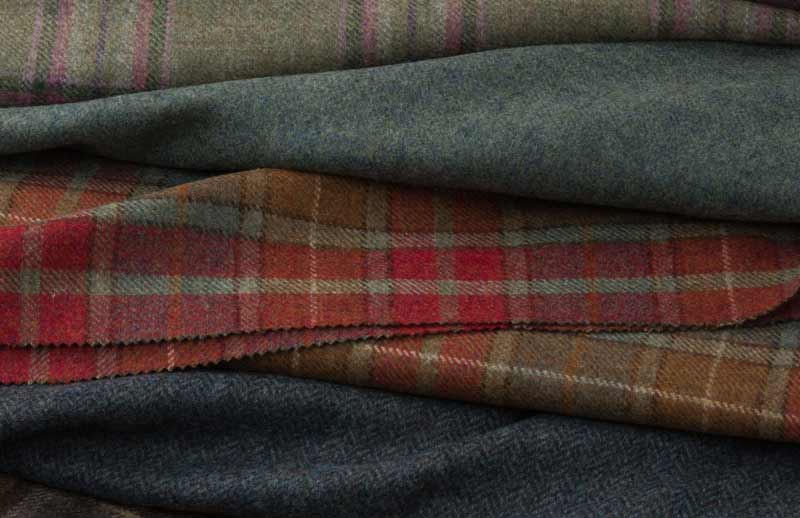 Although more people are familiar with Scottish tweed, the West Riding of Yorkshire also has a thriving tweed industry. Prior to the industrial revolution, spinning and weaving was a cottage industry. By the mid nineteenth century large mills began to spring up alongside the watercourses of West Yorkshire, where mechanisation of every aspect of production from dyeing, carding, spinning through to weaving meant that thousands of metres of cloth could be produced each week.

Bradford became known as the wool capital of the world because of its high quality worsted cloth. In the 1950’s it also became the home of the Wool Marketing Board, which to this day is the only organisation in the world that collects, grades, sells and promotes fleece wool. Tweed is still made in several mills in Bradford, Huddersfield and in other Yorkshire towns such as Keighley and Guiseley. This short video shows how tweed is still made using traditional techniques at the Joseph H Clissold mill in Bradford.


The cloth, which is often made in natural shades of green, grey and brown takes its inspiration from the Yorkshire landscape. Due to a resurgence in popularity, Yorkshire tweed can be found in the tailors shops of Saville Row and in the collections of eminent fashion houses such as Burberry, Dolce and Gabbana and Paul Smith.

Please see my suppliers page for a list of Yorkshire tweed manufacturers and suppliers.

lo- Mor, was the original name for Harris Tweed, which was woven by the inhabitants of the western Isles of Scotland by hand, using their own wool on long winter evenings. The commercial production of Harris tweed can be traced back to the Dunmore Family of Harris in the mid nineteenth century who were credited with introducing crofters (a croft is a Scottish smallholding) to the manufacture of cloth suitable for the fashion market.

The boom in production in the first decade of the twentieth century was facilitated by the mechanisation of carding and spinning, which meant that more wool was readily available for the weaving of cloth.

By early part of the century, the orb trademark had been adopted to define and brand what constitutes genuine Harris Tweed. The definition of Harris Tweed is as follows:

“a tweed made from pure virgin wool produced in Scotland, spun, dyed, and finished in the Outer Hebrides and Hand-woven by the Islanders at their own homes in the Islands of Lewis, Harris, Uist, Barra and their several pertinences, and all known as the Outer Hebrides.”

Most Harris tweed is still to this day woven on the traditional Hattersley loom at the weavers on properties and provides a much needed source of income in the rural communities of the Outer Hebrides. In recent years there has been renewed interest in weaving among the younger generation of Islanders, who have brought bold new colour ways and patterns to this most traditional of cloth.

Please see my suppliers page for a list of Harris Tweed weavers and suppliers.

I’ve inherited my dads hoarding tendencies and cant bear to throw anything out that might ‘come in useful'. As a consequence, you may discover earrings made from old copper electrical wire, dresses made from bits of old sari, bodies made from vintage curtains and creatures made from up cycled denim. Go on, have a look and see what your eagle eyes can spot. 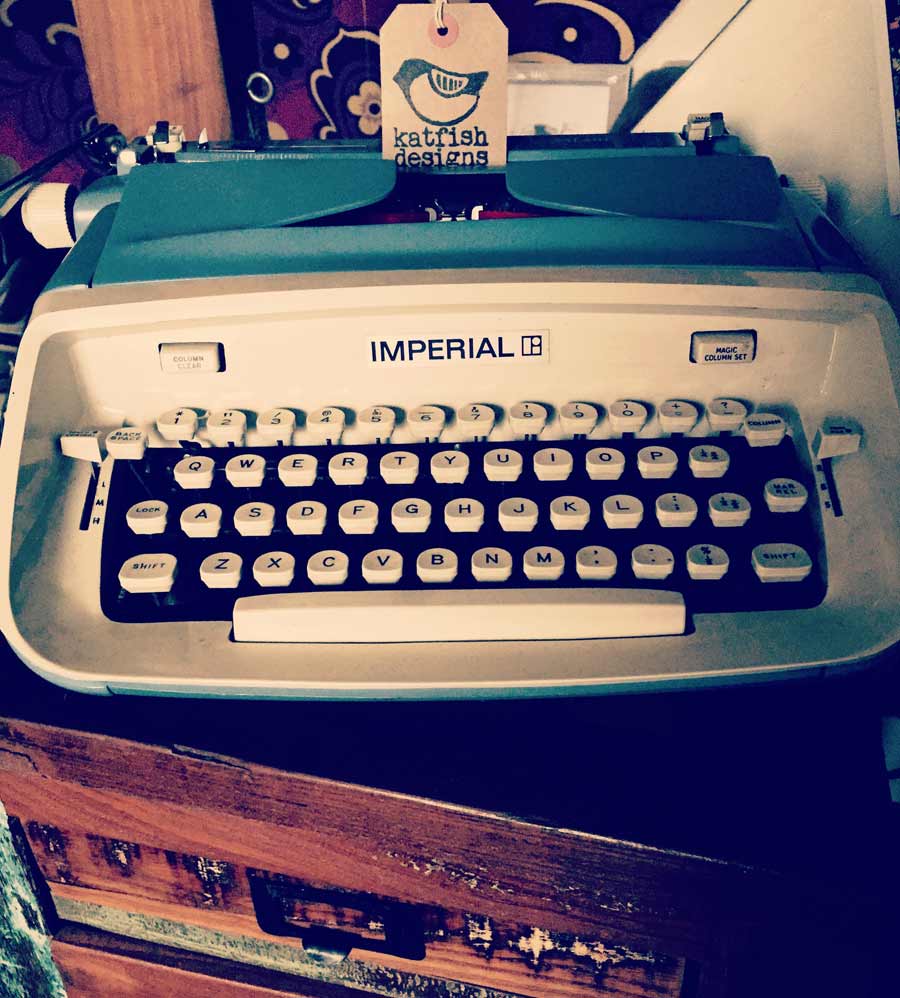 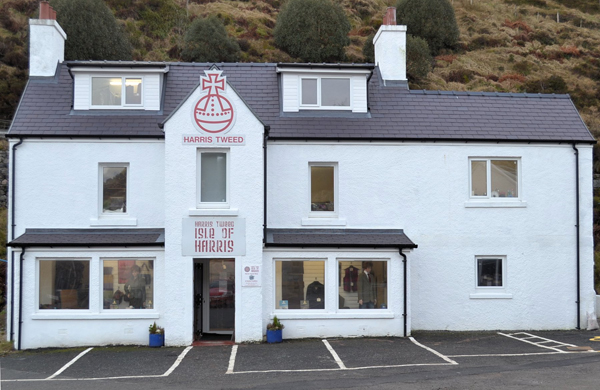 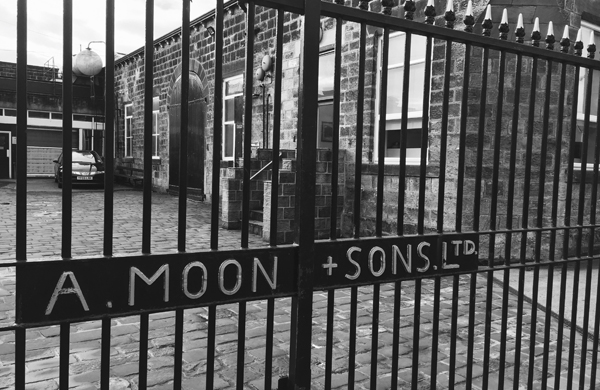 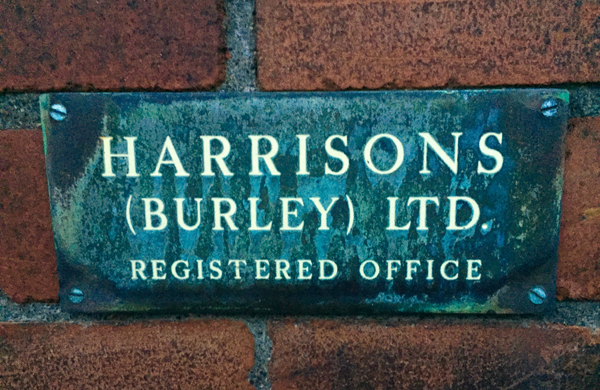